Dr. Herres was raised in Wellsboro, a rural town in Northern Pennsylvania, and attended undergraduate school at Lycoming College in Williamsport. While he was in dental school at Temple University, he was the recipient of the prestigious health professional scholarship program from the United States Navy. Upon receiving his degree in dental medicine, Dr. Herres was accepted into a one-year residency in advanced education of general Dentistry (AEGD) at the Naval Hospital Great Lakes at the Navy Recruit Training Command in Great Lakes, IL. After graduating from his AEGD Residency, Dr. Herres was selected to establish and run a comprehensive dental practice at sea on board the Navy’s newest warship, the U.S.S. MESA VERDE. He served in that capacity for three years, with responsibilities including the dental care of 364 sailors and 1,100 marines. His time on board included two deployments and humanitarian relief in Haiti following the earthquake in 2010. At the end of his naval career, Dr. Herres was awarded the Navy and Marine Corps Commendation Medal for his diligence and the excellence in care he provided for his sailors.

It was during his residency training that Dr. Herres’ passion for a subspecialty in Periodontics (Gum Tissue Diseases) and Implantology arose. During the time his ship was ported in Norfolk, VA he completed a three-year independent study in Periodontics and implant placement with four of the Navy’s top Periodontists.
Dr. Herres strongly believes in continuing education and strives to achieve the highest level of patient care. He has completed a one-year fellowship at the University of Medicine and Dentistry of New Jersey in the surgical placement and restoration of dental implants. Upon the completion of the fellowship, he is board-eligible for the American Board of Oral Implantology and is actively seeking the certification.

Dr. Herres has received the Academy of General Dentistry Fellowship Award, June 2015. As a Fellowship Award recipient, Dr. Herres joins more than 6,400 active AGD Fellows who have gone above and beyond the basic requirements to care for their patients’ oral health. Less than 2% of practicing dentists have received this award.
Dr. Herres received the International Congress of Oral Implantologist Fellowship Award in August of 2014. The International Congress of Oral Implantologists dates back to 1972. The ICOI is the world’s largest dental implant-focused continuing education provider. The organization is focused on advancing the “science and quality of the practice of implant dentistry.”

Recently, Dr. Herres completed a year long training session in IV anesthesiology through Allegheny General, Duquesne University and Pittsburgh University. It is with this additional training that he hopes to breakdown the barrier of dental fears for certain patients.

Dr. Herres resides in Elizabethtown, the hometown of his wife, the former April Perry. He and his wife have 3 young children, Benjamin - 6, Ella - 3 and Julia - 2. As the father of a young and growing family, Dr. Herres understands how important oral health is to parents. He is looking forward to providing superior care for the families of the Elizabethtown and Mount Joy areas for many years to come. 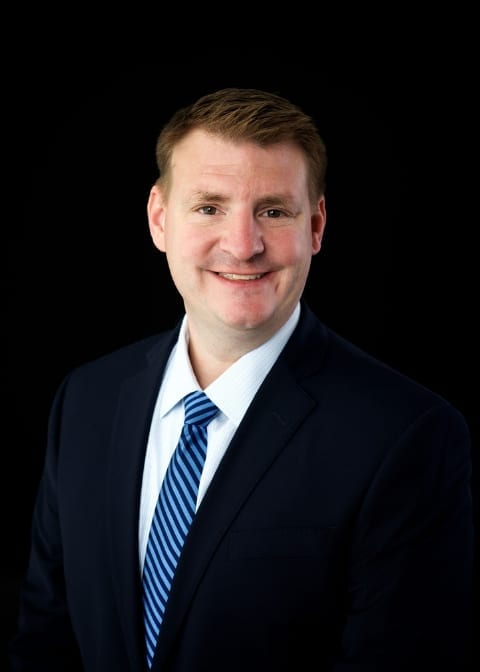